805MB. That’s how much I had to download before I could even attempt to contribute to an open source Java project.

Here’s what I needed to get started: 197MB for Eclipse, 130MB for the JDK, 6MB for Maven, 259MB for the dependencies (i.e. Maven’s .m2 directory), and 213MB for a bloated Git repo. Then I lost track when I started downloading additional Eclipse plugins.

I wish this was the only time I’d experienced such nonsense. Last year, I fixed a bug in the Doxygen plugin for Jenkins. The bug was simple to fix, but I had to go through the exact same silliness of downloading Eclipse, a JDK, and a bunch of Maven stuff. It took me 10 minutes to write the unit test and fix the problem. It took multiple hours of downloads on my fairly slow DSL connection.

Clearly, if you already work with Java regularly and have Eclipse and a JDK, then it may seem that I’m grumbling about nothing. However, downloading hundreds of megabytes just to make a simple fix is a terrible barrier to entry.

Healthy open source software lives on the contributions of individuals, but the Java ecosystem makes it nearly impossible to get quick contributions from people. Not everything can be a quick contribution, yet bite sized chunks of work enable curious people to get involved. Because it took hours of setup for the 805MB Java juggernaut, all my good will was spent. So when I hit some issue with the Maven Checkstyle plugin not talking to the Eclipse Checkstyle plugin, I declared defeat. I wanted to help, but my time is precious and I don’t feel like dealing with such friction.

My hat is off to those that tolerate such a bloated ecosystem and manage to make progress for open source tools. I still love Jenkins. I just never want to develop any of its code. Maybe I want the “F” in FOSS to stand for Fun. 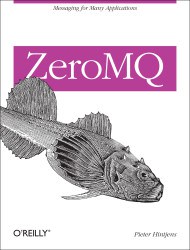 A review of “ZeroMQ”