What do you do when you need to search in all the files in your project? Can you do it faster than the default Vim configuration? Yes, absolutely.

In the fourth article of the Supercharging Vim series, we’re going to look at searching and how to be effective and fast using search tools built for a Vim workflow.

If you want to check out other articles in the series, you can follow any of the links below.

If you work with a web browser or a different text editor, then you may expect Ctrl+f to bring up a search menu. Since those other tools tend to be more graphical, you might get some pop-up menu with a dialog box and a bunch of options. That’s not the Vim way of things.

Trying Ctrl+f will surprise you with its behavior (pop quiz: what does Ctrl+f do in Vim? Run :help CTRL-F for the answer OR try it out!) If that’s not the way to search for stuff in files, what do you do?

Vim has two separate methods to search out-of-the-box: :vimgrep and :grep (note: I’m using : to show that these are editor commands that you execute within Vim. The goal is to help prevent confusion since we’re going to look at external tools that share the same name). I don’t know the history to explain why there are two, but I’d guess it has to do with the availability of the grep program.

grep is an early Unix-era tool that lets you search through files on the command line (in fact, its name means “globally search a regular expression and print”). The primary difference between :vimgrep and :grep is whether Vim will call out to the grep program or not.

:vimgrep is a Vim implementation of grep functionality. It uses Vim’s internal features to implement file searching. In contrast, :grep passes a search query off to the grep program to do the heavy lifting.

I think the differences in experience are minor.

If I wanted to search for Python in all of my project files, the invocations for each would look like:

With :vimgrep, the command uses ** to recurse into all the directories of my project. When using :grep, you must use grep flags to get the right behavior. That means that the command required -r to do a recursive search.

The results from either method of searching are put into the quickfix list. The quickfix list is roughly like a scratch pad in Vim. When you run the search, Vim will take you to the first result, but the full list is available for browsing.

To see that list of results, you must show the quickfix list. This is possible with :cwindow. Running :cwindow opens the quickfix list in a new split. You can navigate to the split using something like Ctrl+w j (Ctrl+w is the method for getting to a variety of window commands. Try :help CTRL-W for more details within Vim).

One thing I love about the quickfix list is that it acts like any other Vim buffer. That means you can go to the quickfix list and do slash (/) searches on the search results! I think this is a super handy method of further refining searches.

I hope you’ll agree with me that the built-in search features of Vim are already pretty awesome. Now let’s look at how we can make them even better.

Don’t get me wrong, grep is great. You can depend on it being on nearly any Linux or macOS system, and it will chew through data very quickly to find what you’re looking for. With that said, it’s not the fastest game in town, and it’s missing some features which are valuable to developers.

One big issue with grep is that it is not aware of version control systems by default. This will be really obvious if you’ve ever tried to grep (yeah, developers use it as a verb) through a JavaScript project with a big node_modules directory. Since grep doesn’t pay attention to version control systems, it doesn’t consider your .gitignore file and will search in areas that aren’t your code, like node_modules. Unless you explicitly want to search in a directory such as node_modules, this is usually a waste of time and adds a bunch of messy search results that you don’t need in your list.

To address issues like this, developers made new search tools.

Maybe you’ve heard about Rust. If you haven’t, Rust is a new language from Mozilla that is akin to C, but it has some excellent language features that makes code written in Rust super fast.

ripgrep is a version of grep, written in Rust. I’ve actually mentioned ripgrep in this series already. In the Navigate files instantly article, we used ripgrep as the engine to power CtrlP, the fuzzy file finder.

I may be repeating myself, but it’s worth discussing again: ripgrep is fast, stupidly fast. Because I know you’re probably a sucker for benchmarks, check out ripgrep’s performance benchmarks for an very thorough read of how ripgrep compares to other similar tools.

If you don’t have time to read through it all, just remember:

It’s time to get ripgrep into Vim. First, we must install ripgrep. You can install with brew install ripgrep if you’re on macOS, or check out the ripgrep installation options to see how to get it for your platform. By the way, doing this has the very nice side effect of adding rg to your terminal PATH so you can use ripgrep for those times that you’re outside of Vim too.

On the Vim side, we’re going to use vim-ripgrep. Assuming that you’re using vim-plug, add the plugin to your vimrc with:

Once the plugin is installed and available, we have a new command at the ready, :Rg. The earlier grep search of :grep -r Python * boils down to:

This is shorter to type and will return results faster too! Double win! Another noteworthy call out is that :Rg will automatically open the quickfix list and put your cursor at the first line on the list. I think this behavior is way more natural than hiding the quickfix list and switching your active buffer to the first search result as both :vimgrep and :grep do.

There is one configuration tweak that I like to make to this plugin. ripgrep is case sensitive by default, but it has an excellent mode called “smart case” which is very useful. With smart case turned on, if you do a search using all lowercase letters, ripgrep will do a case insensitive search. If you use any capital letters, it assumes that you want that specific query and will keep it case sensitive. Neat!

In most of my searches, being lazy and using lowercase is easier and usually does exactly what I want. To get smart case, we have to set rg command flags. My full configuration for this plugin looks like:

The -S is the flag to ripgrep that enables smart case mode.

We’ve now supercharged our Vim searching. What more can we do to make searching even more powerful? Let’s look at bulk updates.

In certain circumstances, you may want to do a big find and replace operation. That operation may be something silly like updating the copyright year in all your source files. Or perhaps you have a serious refactoring to do that touches code that is all over the place.

For a long time, I thought this was a weaker area in Vim. As we saw above, it’s painless to do a fast search, but how do you edit those results?

The natural answer is to iterate through the quickfix list and update each instance with your change. Unfortunately, the weakness of this approach is that you are editing one instance at a time. Surely there is a way to do bulk updates!

My old solution to bulk updates felt very magical. It looked like this:

While clever, that’s a lot of work for a find and replace.

At PyCon this year, Matt Boehm blew my mind at a Vim open space when he introduced the group to quickfix-reflector.

Knowing this, what does a global find and replace look like with quickfix-reflector on? Let’s say you have a project, have fallen out of love with Python, and want to express your undying devotion to Ruby. 1 To change all occurrences of Python to Ruby, you can:

I think that is a very reasonable workflow. It’s essentially three steps:

That flow has none of the recursive shortcomings of my previous “magical” method, and it doesn’t require me to edit matches one by one.

There’s another feature of quickfix-reflector worth highlighting: you can delete lines from the quickfix list.

This is a great addition because you can search for a rough pattern, manually trim out some lines that you didn’t want, then execute your find and replace on the remaining lines in the list. I think this would be a lot faster than trying to devise a perfect search regex to get the exact quickfix list.

This article is all about making your Vim search experience better. We achieved this with a one-two punch from two different tools:

Equipped with these tools, you can demolish tasks that Vim might struggle with out-of-the-box.

If you liked this article and learned something along the way, would you do me a favor and share it on Twitter or your favorite social media so that other have the chance to learn something too? Also, please check out my other articles in this series for more strategies to supercharge your Vim editing.

Using Git and GitHub to safely store your code

At Python Frederick this month, I presented the fundamentals of Git and GitHub. The recording is up on YouTube and I’ve posted all the material to GitHub. 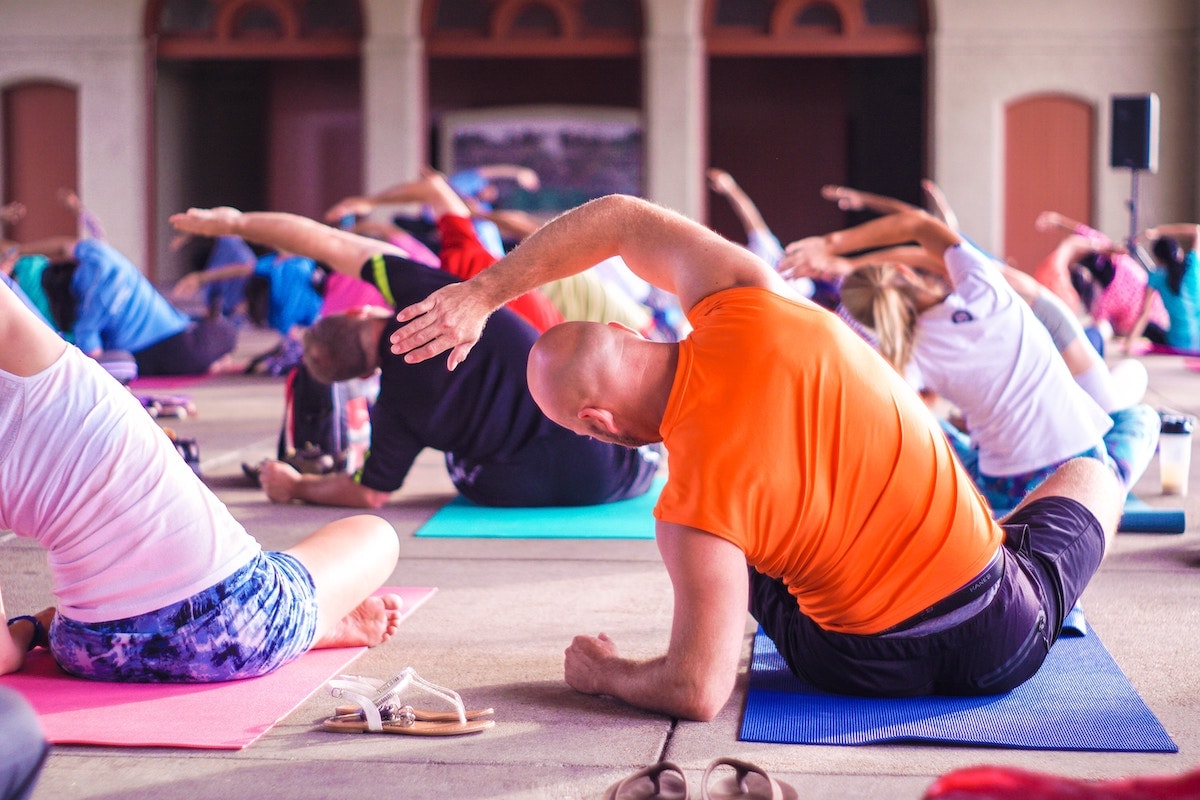 We know that software has No Silver Bullet for solving our problems without effort. The same is true with nutrition and diet. Is there anything developers can do to control their health …

When working on a software project, you have to manage lots of files. If you could navigate to the right file in a couple of keystrokes, how much would that speed up your workflow? In this post, we’ll explore file navigation and a Vim plugin that will boost your browsing!

In order to add search functionality on a budget for College Conductor, I incorporated the text searching capabilities of the PostgreSQL module available to Django 1.10. This post covers features and limitations of PostgreSQL search.

Automated tests are extremely valuable when writing code. The faster you can get feedback that your code is correct, the quicker you’ll finish a task. In this post, learn how to run automated tests directly in your Vim editor and finish the job in record time.

Vim is an extremely powerful text editor. With no setup, you can do amazing work, however, you can supercharge Vim by extending it with plugins. This blog series will show how to get the most out of Vim.

At the Frederick Open Source meetup this month, I talked about the Vim text editor. I covered a lot of the fundamentals, including a mental framework to help demystify why Vim is challenging to so many people. I also covered some tips that people can use to work toward Vim mastery.