Managing dependencies is deceptively hard. Need proof? Talk to anyone who has to manage a package.json in JavaScript. I’m sure they’ll have stories.

Python is not immune to this hard problem. For years, the community rallied around the requirements.txt file to manage dependencies, but there are some subtle flaws that make dependency handling more confusing than necessary. To fix these issues, the Python Packaging Authority, which is the group responsible for many things including pip and PyPI, proposed a replacement for requirements.txt called a Pipfile. We’re going to look at the two file formats to see why a Pipfile is a better fit for the community in the future and how you can get started using one.

Let’s look at requirements.txt to see where the flaws are.

A requirements.txt file has a very primitive structure. Here’s a sample file from the handroll project that I work on.

The core requirement is that each line in the file specifies one dependency.

The example adds a version specifier for each package even though that is not required. The file could have said Jinja2 instead of Jinja2==2.8. In that small detail, we can begin to see weaknesses in the structure. Which is more correct, to specify versions or not? It depends.

Specifying the version of a package is called pinning. Files that pin versions for every dependency make it possible to reproduce the environment. This quality is very valuable for operating in a production scenario.

The reason to include the transitive dependency comes back to reproducing the environment. If we only listed Jinja2, it’s possible for an updated version of MarkupSafe to be installed that could break handroll. That leads to a bad user experience.

We’ve reached the core problem of the older format: requirements.txt is attempting to be two views of dependencies.

There is also a secondary problem related to the audience. If I’m a user of handroll, I only care about the dependencies that make the tool work. If I’m a developer for handroll, I also would like the tools needed for development (e.g., a linter, translation tools, upload tools for PyPI).

At this stage, conventions begin to break down in the community. Some projects use a requirements-dev.txt file for developer-only dependencies. Others opt for a requirements directory that contain many different files of dependencies. Both are imperfect solutions.

We’re now positioned to consider what a Pipfile brings to the problem.

A Pipfile handles the problems that requirements.txt does not. It is important to note that a Pipfile is not a novel creation. Pipfile is a Python implementation of a system that appears in Ruby, Rust, PHP, and JavaScript. Bundler, Cargo, Composer, and Yarn are tools from each of those languages that follow a similar pattern. What traits do these systems have in common?

Conversely, a Pipfile.lock is the set of dependencies including the transitive dependencies. This file acts as the dependency manifest to use when building an environment for a production setting.

The Pipfile is for people. The Pipfile.lock is for computers.

Having a clear distinction between files offers a couple of benefits.

The other trait of a Pipfile is the split between user and developer dependencies. Let’s look at the Pipfile for pytest-tap, a project that I converted recently to the Pipfile format.

Because Pipfile uses TOML, it can include sections when a requirements.txt file could not. The sections give a clear delineation between user packages and developer packages.

pytest-tap is pytest plugin that produces Test Anything Protocol (TAP) output. It is a natural fit to depend on pytest and tap.py, a TAP library.

The other dependencies do developer specific things. tox and mock help with test execution, twine is for uploading the package to PyPI, and so on.

I hope that you could have an intuition about pytest-tap dependencies even without my prose descriptions. Additionally, splitting things out permits regular users to skip installing extra packages. That’s the power of a Pipfile.

Now that we’ve covered the benefits, how do you create a Pipfile for your own project? Enter pipenv.

Kenneth Reitz, of requests fame, created pipenv, a tool to manage a Pipfile. pipenv helps users add and remove packages from their Pipfile (and Pipfile.lock) in conjunction with a virtual environment.

Rather than manipulating a virtual environment and pip directly, you use the pipenv command, and it will do the work for you. If you come from the Ruby world, this is very similar to bundle.

Suppose you have a project that depends on Django. You could prepare your Django project with these commands:

Once the files are created, you can share your work, and others should be able to recreate your environment.

Pipfile is still an emerging standard. In spite of that, it is very promising and solves some problems that arise when working with packages. We saw how Pipfile beats out the venerable requirements.txt file, and we’re equipped with pipenv to make Pipfiles for our projects.

I hope you learned something about Python dependencies and the brighter future that is accessible today. 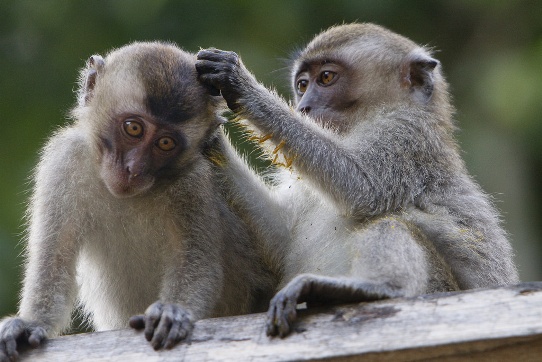 Code reviews improve the quality of software. But a code review can be done badly. In this post, we’ll look at some tools to make your code reviews as effective as possible.

Modern software development has a strong focus on continuously delivering new code, and many businesses do not have the luxury to ship code on an infrequent schedule. How can an engineering …

Python has many methods to manage software package dependencies. The Python Packaging Authority proposed a new standard format called a Pipfile. This post includes the Python Frederick video presentation about Pipfiles that I presented in August 2017.

Tell the world the versions of your dependencies when you release. Software is constantly moving so documenting your dependency versions can help future users know what worked.