How do you know that your code works?

That’s a surprisingly deep question if you really dig into the meaning of “works,” but from a practical level, you can trust that code works by verifying its behavior; and a good way to verify is to write test code that will assert that the code behaves as expected.

In the second post of this “Supercharging Vim” series, we’re going to explore how you can run automated tests within Vim. You’ll feel like you have a new superpower when you see test results appear before you instantaneously.

If you dig this, check out other posts in the series.

As a heavy user of Python, a dynamic programming language lacking some “guarantees” that come with statically typed languages, I write a lot of automated tests.

Automated tests give me the confidence that my code is doing what I think it’s doing. For the times that the code is “misbehaving,” my tests help me to narrow in on the problem.

My process for writing code and test code used to look like this:

I would be in that process loop all day long. Do you see the huge inefficiency in that loop? I was constantly switching terminals between writing and running code.

Switching between writing and running code comes with the territory of doing software development. I learned early in my career the benefit of running code frequently as a technique for catching errors. My process problem was not the context switch itself, but how long the switch took because of the terminal switch.

Even aided by muscle memory for changing terminal tabs or windows, I would have to find the right terminal, get the test runner command from my shell’s history, and execute the runner. To make things worse, if I had to run a single test, the result would be like:

That’s a lot of work to run some tests. Shouldn’t it be easier to run a single test rather than harder?

As Raymond Hettinger is prone to say: There must be a better way!

Testing inside Vim with vim-test

My former co-worker at Storybird, Ben Johnson, introduced me to a Vim plugin called vim-test. This plugin dramatically changed my relationship with automated test tools.

If you followed the first post and added vim-plug to your vimrc, then add vim-test in your plugin section:

Now you should be ready for some magic. Open up a project, navigate to a test file, put your cursor inside a test method, and run :TestNearest.

For those of you who aren’t able to follow along, Vim should have showed tests running without having to switch terminals. Even cooler than that, vim-test figures out the exact test to run so the results look similar to the myproject.tests.test_widget.TestWidget:test_feature command that I showed earlier.

After adding vim-test, I experienced an immediate boost in my productivity. I discovered that the terminal switch not only took more time, but it also negatively affected my mental flow. With vim-test, I could run a test, see it pass, and move on in the code without feeling like I left my editor. My brain got to stay focused on code, and I think this is an extremely valuable benefit.

You can take vim-test a step further by adding some custom key mappings to quickly invoke longer commands like :TestNearest, :TestFile, or :TestSuite. I use the space bar as my <Leader> key and give some mappings to <Leader>t, <Leader>f, and <Leader>s. These mappings let me run all kinds of tests in two key strokes. I think it really shows off Vim’s power.

vim-test is absolutely one of the tools that made my development flow faster. In the next post, we’ll focus on another flow improvement tool that does insanely fast file navigation with fuzzy finding.

How do you get into the rich field of data science and the array of tools that are available in Python? Christine Lee provided an excellent overview of the data science ecosystem. The talk, … 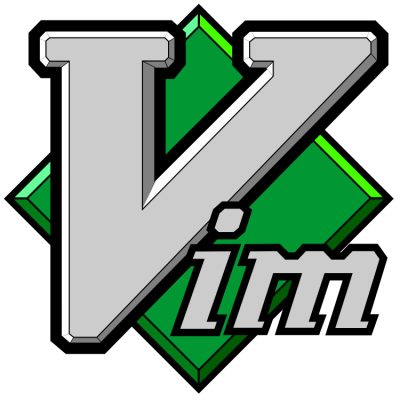 Vim is an extremely powerful text editor. With no setup, you can do amazing work, however, you can supercharge Vim by extending it with plugins. This blog series will show how to get the …

Vim is an extremely powerful text editor. With no setup, you can do amazing work, however, you can supercharge Vim by extending it with plugins. This blog series will show how to get the most out of Vim.