For my SaaS app, College Conductor, I made the choice to use Ember to power the frontend web client. I also decided to use Semantic UI as the UI toolkit to build the look and feel of the site. Integrating the two projects into a single product proved to be harder than I anticipated. Let’s look at why that happened.

My first decision when evaluating Semantic UI led me to consider if a viable Ember add-on existed. The official Semantic UI project points to Semantic-UI-Ember as the default answer for working with Semantic in Ember. Ultimately, I concluded that the add-on wasn’t right for me. Semantic-UI-Ember wraps many of Semantic’s elements and views into Ember components. While I appreciate what they are trying to do, I didn’t really like that my project would always lag behind the latest Semantic UI releases, and that there was a whole extra layer of API to learn. The thought of bouncing between two different sets of documentation for my UI toolkit did not appeal to me at all.

After I ruled out Semantic-UI-Ember, I decided to integrate the toolkit myself. Semantic has packages that are available via npm in a variety of flavors. Semantic is built with the Less CSS preprocessor. My goal was to make sure that I could work with the Less-based files and integrate into Ember’s toolchain. Because of that goal, I chose the semantic-ui-less package. This package offers all of the Semantic files without its normal Gulp build process. My logic was that Ember’s Less integration could build my Semantic theme and be a seamless part of my development workflow. Reality was not so kind.

The biggest problem that I experienced with semantic-ui-less related to the project’s expectations about file locations. The Less files from the package were stored in the node_modules directory of my project. Ember’s tooling could handle this location, but Semantic itself did not fare well. I had a devilish time trying to convince Semantic of the location of my theme. Even when it did find the theme, the paths weren’t quite right for Semantic to use its overriding mechanism properly. The fallout of that was that I had to directly modify the theme to get the styling that I wanted. I felt stuck with a mediocre integration. To make matters worse, the Ember development server would sometimes throw errors when I changed a Less file. I’d have to restart the development server and lose the benefit of having it integrated.

I finally decided to keep my use of Semantic separate from my Ember toolchain. By switching to the semantic-ui package, I could get the Gulp toolchain that the project expects. My Semantic files get stored in my app’s vendor directory and I set the Ember configuration to pull in Semantic’s built version. Making this switch resulted in a less integrated experience, but it dramatically simplified working with the two projects.

My lesson with this process is to be wary of immediately trying to integrate two technologies, especially when you’re not experienced with either when you start. By keeping the projects separated, I now have additional complexity in my deployment process. Thankfully, my Ansible scripts can readily handle that so I’m ok with the tradeoff. This whole experience is an example of where I failed to follow some sage advice, do the simplest thing that could possibly work.

In this series of posts, I’m going to examine common design patterns in Python that make Python code feel “Pythonic.” This first post will cover list comprehensions, a … 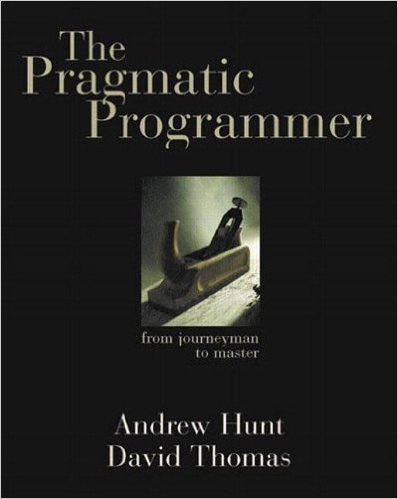 The Pragmatic Programmer is one of the most influential books in my professional career. With more than seven new years of experience since my first reading, I re-read the book to compare it …

A currentUser service for Ember with JWT

Using Rollbar in your Ember application can give you eyes on the same errors that your users encounter. Learn how you can add Rollbar into your application.

In this episode, we started to work on Python learning problems on Exercism. Then I added page numbers to PDFs on my homeschool app.

In this episode, I added styling to the Sign Up page of the site. We chatted about CSS tools and frameworks, the benefit of feature flags to control what UI is displayed to users, and how to use Tailwind CSS to modify a design quickly.

In this episode, we stepped from the welcome onboarding page to the first interactive page in the flow. I extracted the common banner for each of the templates and customized it for each of the steps in the process.