Two hours. I sat in an excruciatingly cold conference room while enduring the code review meeting that would never end. The contract demanded formal code reviews so we had a room full of engineers wearing many hats. A moderator, lead reviewer, other reviewers, scribe and more “interested” parties stared at code on a projector. The code in question was thousands of lines long and was a big subsystem in a major satellite software. This code review was a crucial milestone before handing off the component to an integration test team.

Were we discussing the critical functions of the code? Did we explore the best ways to express the system to solidify a software component destined for space?

No, we quibbled about the lengths of lines of code and where to capitalize letters in variable names. The group had to reach a conclusion about every comment added to a long spreadsheet of comments, and 90% of the comments were nitpicks.

How did a group of intelligent engineers end up in this horrible scenario?

I’m sure there were many reasons, but a big contributor was failing to let computers do what computers are good at. Computers can automate the boring verification work, but we didn’t use them for that task.

The project demanded that all code adhere to a certain style and conform in 100% of cases. The trouble with the style is that the team made choices that were not enforceable by an automated tool. The combination of complete compliance and not being machine checkable meant that reviewers had to spend more time examining the layout of the code instead of the content. This combo was a massive waste of time.

How could this have been different?

We could have improved these reviews if we selected a coding style that a computer could verify.

A “no nitpicking” code review

Let’s contrast that terrible code review experience with a Storybird code review. At Storybird, all code goes through a GitHub pull request.

In a pull request, the software runs through a series of checks in a continuous integration environment. If any check fails, we refuse to merge the code. This philosophy adds an excellent level of quality control.

What checks do we execute?

For this post, the item to unpack is “Style checks.” The engineering team runs two tools to check Python code style. The first is flake8. The second tool is isort.

flake8 is a static analysis tool that compares Python code to recommendations made in the “Style Guide for Python Code” (often referred to as PEP 8). Any code that does not match conventions is reported, and the flake8 executable exits with an error code.

isort solves a narrower problem. When the continuous integration environment runs isort, the program will report any Python imports that appear in an incorrect order (where “incorrect” is a standard agreed upon as a team). If anything is incorrect, isort also exits with an error code.

When either of these tools report failure, the continuous integration build is a failure. Because Storybird has a policy to only merge passing builds, a developer must fix whatever is reported by the checking tools.

This style of code review offers many benefits.

A tale of two code reviews

I hope that you’ve never had a code review experience like my first example. If you have, you probably felt the frustration that I did. Changing company culture can be very hard, but if you can move your team toward using tools that function as automated code reviewers, you’ll be more effective and happier.

For those of you already on a team with a solid continuous integration practice and automated code checking, be thankful! 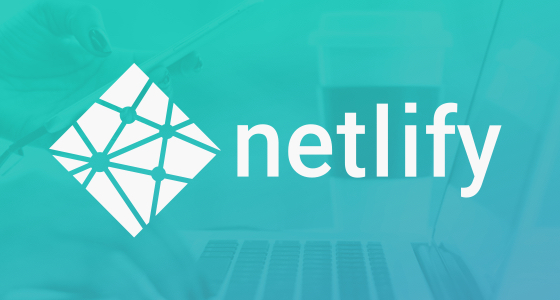 HTTPS made simple with Netlify

Serving webpages securely with HTTPS offers numerous benefits. This post explores those benefits and shows how to set up HTTPS in no time using Netlify.

Python has many methods to manage software package dependencies. The Python Packaging Authority proposed a new standard format called a Pipfile. Let’s explore the reasons and benefits of a Pipfile and walk through converting a project to use one.

How can you start code reviews on your team? Your team might have questions similar to ones I recently received. I shared my thoughts as someone who has done regular code reviews for years.