Active Record. Unit of Work. You may have heard of these before. They are software patterns adopted by popular projects like Ruby on Rails or SQLAlchemy. These popular patterns are described in Martin Fowler’s Patterns of Enterprise Application Architecture book.

Two-Step View. Table Module. Transform View. There is a good chance you’ve never heard of these software patterns, but they are also in Fowler’s book.

Patterns of Enterprise Application Architecture lacks the same impact as other patterns books that I have read (e.g., GoF or XUnit Test Patterns). Some of the patterns in the enterprise book are meaningful, yet others feel very dated or are anti-patterns for current development. The book was written in 2002, and it is clearly missing developments on the web from the last decade. I grimaced a few times with some of the patterns described in the web section. For instance, with all the big data analysis of the modern web, it’s unlikely that the extensive focus on relational databases is as important now as it was then. Many of the patterns had an implied view that relational databases would be used, but relational databases are not the only storage systems in the current enterprise ecosystem. I know Fowler indicated that he wasn’t trying to tackle concurrency patterns or asynchronous patterns, but that kind of development is critical to a lot of systems today.

Now that more than a decade has passed, I think it is possible to identify which patterns left a lasting impact on the software community and which didn’t. Look at the list on Fowler's website and do some homework on them. Patterns of Enterprise Application Architecture is a decent reference book, but you can probably get better explanations on the web. 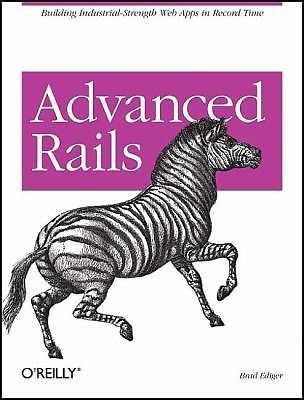 A book review of ‘Advanced Rails’

It’s embarassing when you release a package to PyPI, and the package is totally broken. I know because it happened to me. This post explores using Travis CI and Tox to test Python …